My First (And What I Swore Was My Last) Marathon Experience 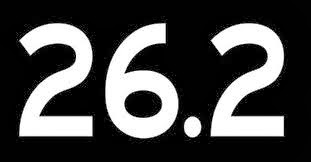 Like most college kids, peer pressure plays a major role in decisions that are made. For me, it was running a marathon my sophomore year. I had joined the UC Running Club where I met ‘crazies’ just like myself—people who enjoyed running.

After running with them for a full year, they convinced me to sign up for the Flying Pig Marathon, I was stoked. I enjoyed all of my training and had plans (or hopes) to finish at a 3:30 pace. Everything was fine and dandy, until a week and two days before the race—I signed up to give blood at work (Mistake #1). The next day after giving blood I went out for a run and realized what I had done.

I tried to make up for it by eating more, my desperate attempt to erase the stupid decision I had made. I ended up eating too much pasta the night before (Mistake #2) which resulted in my being up half the night throwing up (gross I know, sorry!). The only thing I was able to eat in the morning was half of a banana (Mistake #3).

When my friend (training partner) and I arrived downtown, we did not have enough time to use the restroom before the gun went off (Mistake #4). One mile into the race I had to stop at one of the porta-potties and told my friend that I’d catch up (Mistake #5)—I never caught up.

For the first 6 miles I was feeling pretty good. I was excited to finally be running in an actual marathon and it was when I saw my family members for the first time with signs cheering for me. I was having a good time..until mile 8.

Mile 8 was the beginning of the end. I started feeling my energy levels drain. I found myself looking forward to the Gatorade stops because it meant I could put calories into my body, I didn’t bring any Energy Gels with me (Mistake #3 probably, but we’ll keep it in order, #6).  By the half marathon mark I was ready to quit; you should not be feeling as bad as I did at mile 13.  I began telling myself that the next time I saw my parents (my dad should probably be considered a pro marathon spectator because they were ALL over the place) I was going to stop and quit.

Well, I didn’t see them for quite a few miles and I reminded myself that I had already bought a 26.2 sticker for my car. I told myself that I was closer to finishing a marathon then, than I would have been if I stopped and had to train all over again…it worked, for a few miles anyway.

By the time I was at mile 16 I was dead set in stopping, but then I saw my old cross country coach, and since I had never stopped running in front of him before, I wasn’t planning on starting then.

The next time I saw my parents I was at mile 19 and I was feeling pretty okay. I yelled out to them “I think I can do it!” and trudged on. At mile 20 or 21 I grabbed a GU they were handing out, unfortunately it was coffee flavored (Mistake #7) and since my stomach was still bothering me I barely got half of it down.

By this point, my energy levels were depleted and I was running on empty, my legs were tightening up, I was in pain, and my feet were barely moving. I finally decided I was going to walk. As it turns out my friend Bryce was right—walking hurt WAY worse than running (or what I was considering running anyway).

Somehow I made it to mile 25 and that’s where my high school cross country coach’s husband found me. He was helping run people to the end.  We chatted for a little while, he asked me how I was doing, I told him I was never going to do it again, he laughed and informed me that most people say that. He left me with .2 miles to go, I miraculously mustered up a smile for the camera at the end and crossed the finish line in 3:43:58. I Wanted To Die.

Luckily my parents found me because no way was I in any shape to venture off to find them. My dad had to hold me up at one point because I almost fell over. I told my sister that if I EVER said I wanted to run another one, then she was to tell me NO. I swore to myself I would never do it again, and I have stuck to that for 3 years, but then I got a job here…

I plan to run another marathon in the spring and hopefully have a much better experience the 2nd time around.

Now, I didn’t write this to discourage or scare anyone away from running a marathon. I wrote this in hopes that you all wouldn’t make the same mistakes that I did. Also, if you find yourself feeling like poop on race day, you know that you are not alone. Even with everything that went wrong, I still finished and you can too!

Good luck to everyone a marathon on Sunday!


Happy Running!
Posted by Tri-State Running Company at 10:12 AM